Commodity prices increased while the income of many people decreased due to the impact of the Covid-19 pandemic, but tax policy personal income remained unchanged.

“I don’t remember all the details, but most of the goods and products have increased in price in the past half year, from low to 2,000-3,000 dong, high to 10,000 dong. Even women’s t-shirts at the market that used to buy 50,000 VND have now increased to 60,000 VND. While the income is going down because the company has decreased in revenue since the Covid-19 pandemic appeared and has not yet recovered to the previous level, “said Yen.

It is recommended to remove 3 tax levels in the partially progressive tax schedule applicable to wages and salaries of 15% – 25% and 35%. Withdraw the number of tax tiers from 7 to 4 to make it easier for people to remember and apply. At the same time, the gap between tax levels should also be widened such as 5% tax rate, 10% will remain the same, 20% applies to incomes from 40 million VND/month or more, 30% applies to income from 80 million VND/month or more.

Ms. Hoa (living in Tan Phu District, Ho Chi Minh City) also fell into a similar situation, her income decreased but her expenses skyrocketed. The first daughter’s university tuition fee increased by more than 50% after only 2 years, from 18 million VND/year in the first year, now in the third year to nearly 28 million VND. That’s not counting other expenses for food, travel, books, clothes… According to her estimate, the cost of two children’s education at a public school excluding other expenses has also increased. more than 15 million VND/month. However, in the  Personal Income Tax  (PIT) calculation, she is only allowed to deduct 4.4 million VND/person/month for each child, “just enough for school, food, and medical care not included”. It’s easiest to look at  gas prices. Each liter of RON 95 gasoline 1 year ago was only 17,270 VND / liter, now it is 25,322 VND / liter, an increase of nearly 47%. As gasoline increases, many other essential goods will also increase, more or less.

According to the comparison of Mr. Nguyen Duc Nghia – Deputy Director of the Service Center to support small and medium-sized enterprises of the Business Association of Ho Chi Minh City, a bowl of pho he usually had for breakfast at the beginning of last year was only 40,000 VND, now it is already 40,000 VND. increased to 60,000 VND. Family members who went to the market said that the prices of vegetables, fish and meat had all increased sharply compared to before the Covid-19 pandemic took place. He cited, the family has a child who is going to high school at levels 1 – 2 with the cost of public school, boarding school, buying textbooks, uniforms, learning more foreign languages… must be at least 6 – 7 million/month. That is not including the cost of medical examination and treatment, entertainment.

It can be seen that the cost of normal living of many families has increased over the past year, especially in big cities like Ho Chi Minh City. Meanwhile, the regulations for family circumstances deduction of 11 million VND/month for taxpayers and 4.4 million VND/person/month for dependents is not enough to ensure the living standards for low-income families. average input.

“I still don’t understand why the family deduction for dependents is only 4.4 million VND/person/month? The expenditure of dependents is not too different from that of taxpayers because they are in the same family. If reasonable, the deduction for dependents will have to be 2/3 of the deduction of the taxpayer. The price of goods increases, income decreases, but the tax payment regulations remain the same, which means that taxpayers will no longer have room to accumulate room for illness, study or improve their lives,” said Mr. Nguyen Duc Nghia. determined. 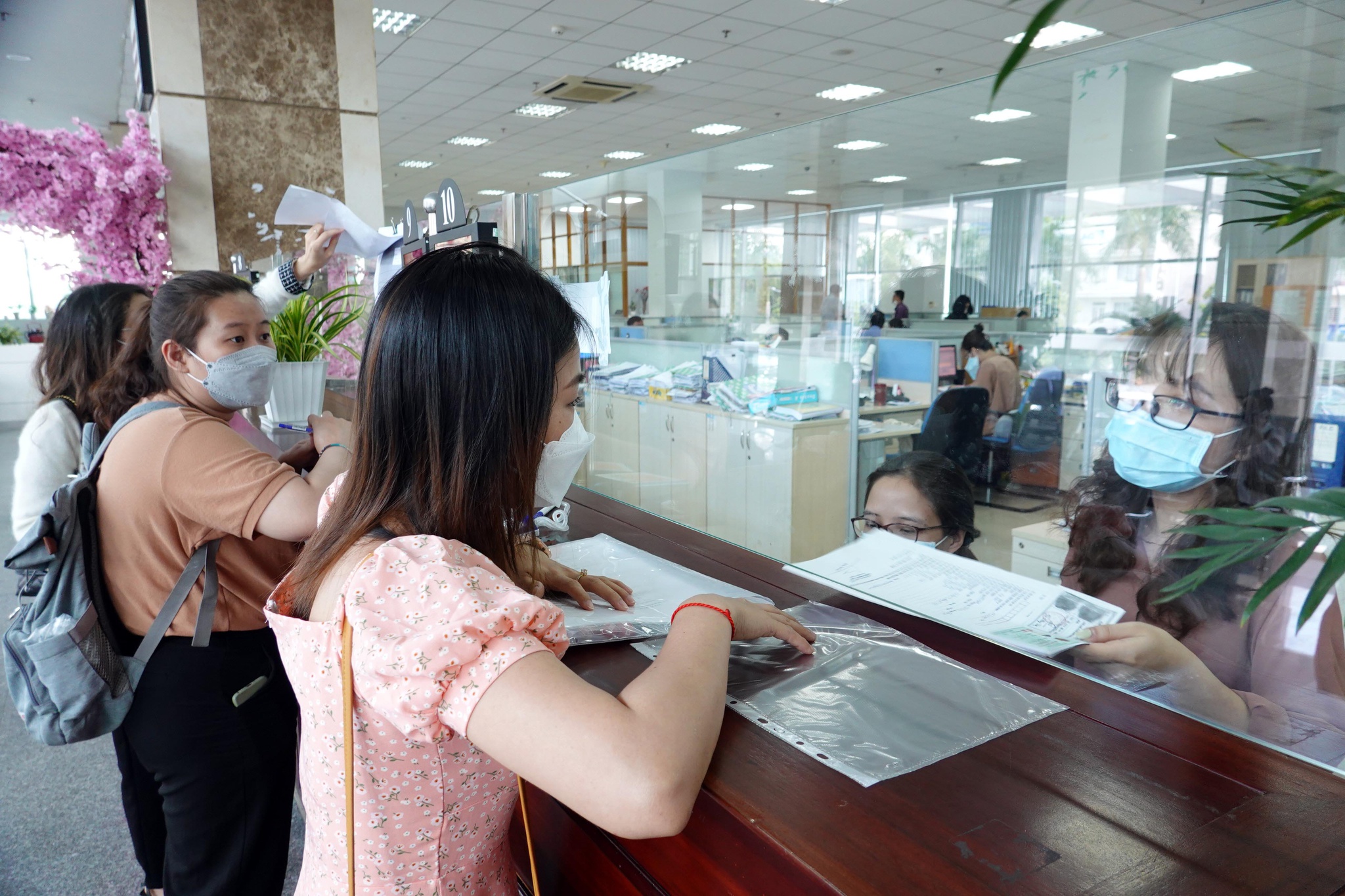 Salaried people are paying PIT with the highest rate of 35%, while individuals with income from “social networks” such as Facebook, YouTube… only have to pay PIT at 2%.

Previously, the Tax Department of Ho Chi Minh City had “collected tax” and fined an individual with an income of 41 billion VND from Google and Facebook with a total tax amount of 3 billion VND and a late payment fine of 1.1 billion VND. during 2 years.

Assoc. Prof-Dr. Nguyen Anh Phong, Dean of the Faculty of Finance and Banking (University of Economics and Law), said that the current PIT regulations are unreasonable, outdated and have many unfair points. The family deduction is applied at the same time nationwide while the spending level for people in big cities such as Hanoi and Ho Chi Minh City is much higher than Cao Bang, Lang Son… Similarly, after many years The current income level remains at the threshold of 2 million VND/time, 10% tax is deducted while the minimum salary is adjusted to increase every year. Since 2017, current income has been proposed by the Ministry of Finance to increase from VND 2 million to VND 5 million to deduct the tax rate of 10%, but until now, it has not been raised, causing the number of people not to have taxable income. still have to pay taxes. 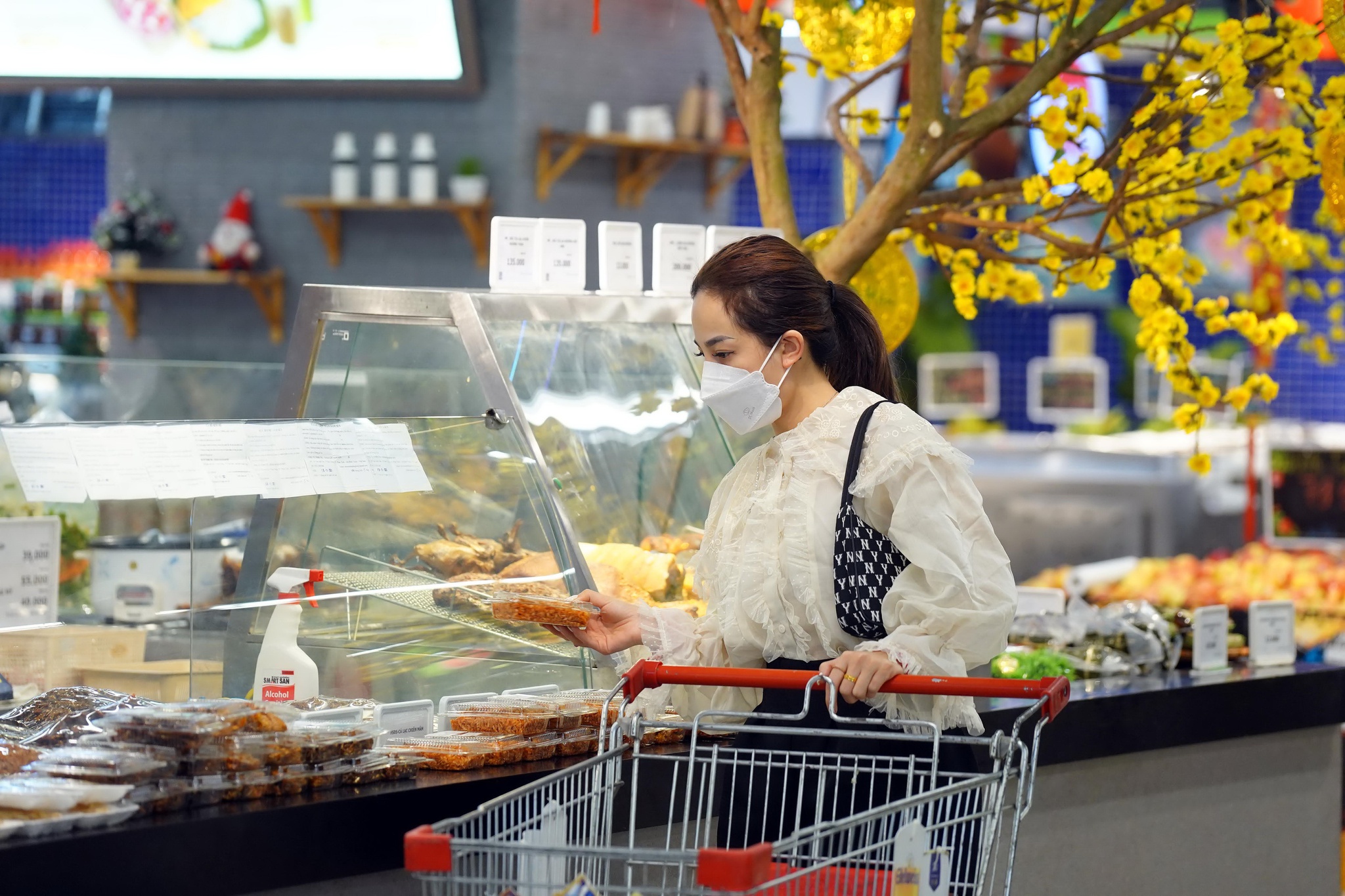 In particular, many developed countries annually adjust the rate of PIT calculation according to the level of inflation, but Vietnam stipulates that only when the inflation rate is over 20%, the change is too slow. Therefore, he suggested that a comprehensive change in the PIT policy should be considered. For example, remove the provision that current income must be taxed because it is now managed under a personal tax code. These revenues at the end of the year are included in the total income of taxpayers. As for many individuals with low income not yet taxable, the amount of 2 million dong cannot increase their income to the taxable level. At the same time, the state must consider adjusting tax levels according to the principle that the lower the step, the longer it lasts. For example, if you raise your income from 5 million VND or more, you will have to pay tax at level 1, then it will be raised from 10 million VND, followed by level 2 will be from 10 to 20 million VND…

Mr. Pham The Anh, Head of the Department of Macroeconomics at the National Economics University, analyzed: The basic inadequacy in the personal income tax is that the time to adjust the deduction for family circumstances is still too long and too long. The last time the family deduction was adjusted from 9 million VND/month to 11 million VND/month, it took 7 years. If this regulation is not corrected, it will be a disadvantage for taxpayers because the inflation rate in recent years is not high, only about 2-4%/year, so the adjustment time for family deduction will be 5-7 years. be done. 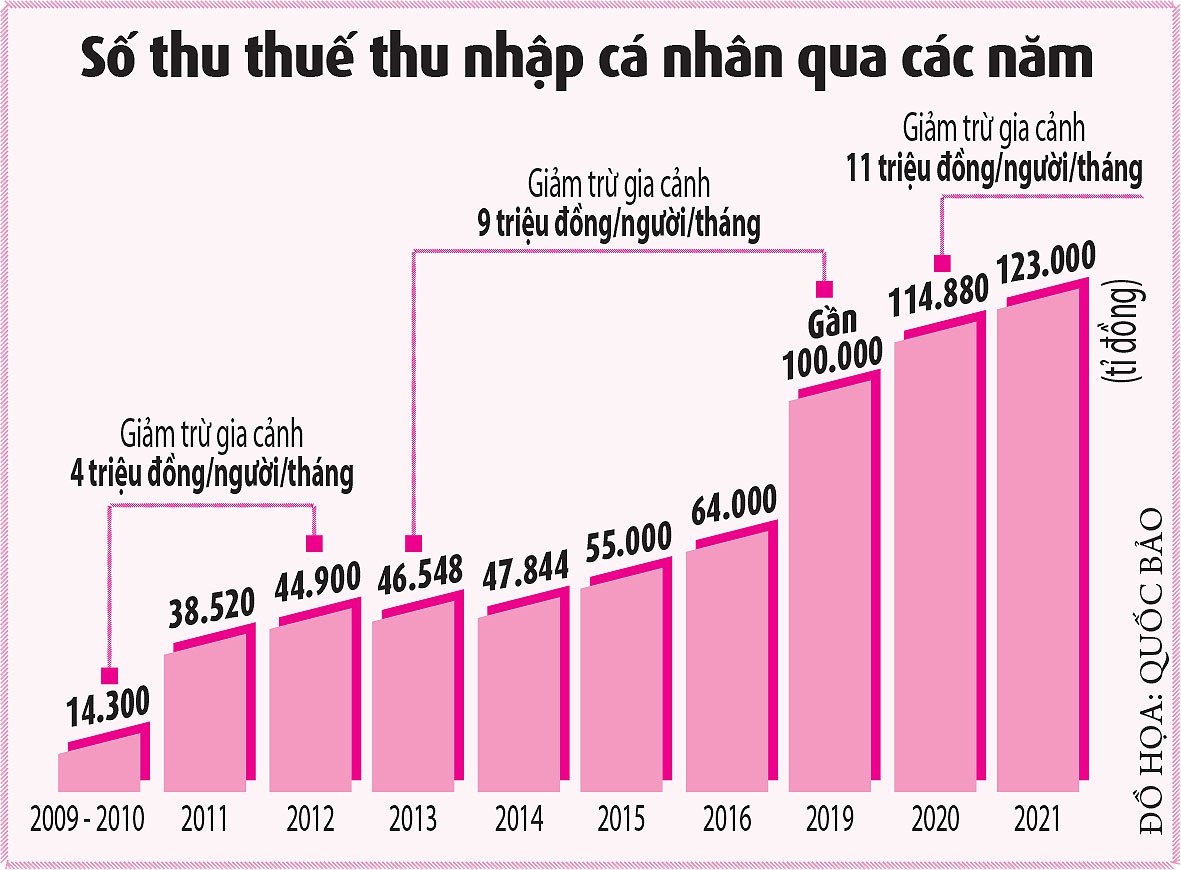 During such a waiting period, taxpayers will suffer because prices increase, wages and income also increase, so they pay more taxes. The family deduction level  11 million VND/month is only enough to cover personal life, but it is very difficult for those who have to pay rent, living, and raising their family. Especially for those who do not use public  educational and medical facilities, it is not enough.

Mr. Pham The Anh proposed to increase the starting level of taxable income; Tax rates should be relaxed, not encouraging people to evade taxes. Besides, considering the tax adjustment regulations more often, rather than waiting for inflation above 20% to change, people suffer a lot. Changing this regulation is that inflation only needs 5% or 10%, or 2-3 years to change the family deduction once. Or it can be based on the base salary to change the family deduction and can be considered at the annual meeting.

Sharing the same opinion, lawyer Tran Xoa, Director of Minh Dang Quang Law Firm, assessed that the PIT law increasingly revealed inadequacies. The statistics of the General Department of Taxation on the consumer price index (CPI) do not fully reflect the increase in the prices of essential goods and services in daily life that people have to pay. Therefore, it is necessary to adjust this index in the direction that only an increase of 10% will adjust the deduction for family circumstances. However, this will also lead to a situation that changes every few years. Therefore, this position offers option 2 that can stipulate that the family deduction will be equal to 5 times the regional minimum wage.

According to THANH THINH